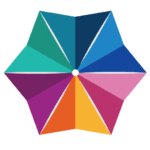 In 2019, the Waterfront BIA engaged Ken Greenberg and PUBLIC WORK to prepare a vision and plan to improve accessibility, wayfinding and aesthetics of its underpass connections to the water which resulted in ‘Waterfront ReConnect’.

A pilot of these improvements was installed at the Rees Street underpass, and further improvements are planned in the coming years.

Additional pilot improvements are being planned along with The Bentway and City of Toronto as part of planning for more permanent improvements once the Gardiner Rehabilitation is complete. The Bentway will be taking the lead to develop a ‘Bentway Under Gardiner Corridor Framework Plan’ including improvements to north-south gateways to the waterfront.

Globe and Mail – ‘The Waterfront is about to get friendlier,’ by Alex Bozikovic

Still stuck? How can we help?

How can we help?