Gardiner underpasses are not the most welcoming neighbourhood gateways

As one of Toronto’s premier destinations and most beautiful places to see the city, millions visit the waterfront each year to explore attractions such as Queens Quay, Harbourfront Centre and the Toronto Islands.

With many visiting on foot, the necessary walk south isn’t the most welcoming and accessible entrance point. Passing under the Gardiner Expressway provides the feeling of an unsafe environment with a tremendous volume of pedestrians intersecting with high volumes of car traffic. The underpasses are old and currently slated for refurbishment over the next 6-8 years. There is poor lighting and a general lack of clarity around what lies on the other side.

Businesses along the waterfront are negatively impacted by the condition of these north-south connections and the Waterfront Business Improvement Area (BIA) is taking the lead to develop options for the Gardiner underpasses as a more welcoming entrance point to the neighbourhood.

We want to hear from you! Email us at info@waterfrontbia.com to share your feedback about Waterfront ReConnect.

BIA taking lead to “ReConnect” the city to its waterfront

The Waterfront BIA engaged Ken Greenberg and PUBLIC WORK to prepare a vision and plan to improve accessibility, wayfinding and aesthetics of its underpass connections which resulted in ‘Waterfront ReConnect.’

Greenberg and PUBLIC WORK were leaders in the development of the Bentway Conservancy and its eye-opening approach to what a downtown underpass can look like and what it can provide for the public.

The ‘Waterfront ReConnect’ vision takes a similar approach to the north-south connections under the Gardiner between Bathurst and Yonge.

Beginning in October 2019, a first “Waterfront ReConnect” improvement will be made under the Gardiner at Rees Street and Lakeshore, including:

The Waterfront BIA is also working on additional underpass options in 2020 that may include lighting enhancements (potential options on Pg. 6).

The improvements are being made by the Waterfront BIA in partnership with the City of Toronto’s Economic Development and Culture BIA Office, and Transportation Services Division. Waterfront Toronto is acting as as project manager as part of their larger vision of improved connections to the waterfront. The Waterfront BIA is grateful for strong support to move this project forward by Ward 10 Councillor Joe Cressy.

The larger vision for the future of the Gardiner

Waterfront ReConnect improvements are intended to be temporary over the next 5-8 years as the Gardiner Rehabilitation is completed through the downtown core.

The precedent has been set in Toronto to take the lead in maximizing underpasses as welcoming public spaces with the world-class Bentway and Underpass Park. Additional planning is underway with the City of Toronto and Waterfront Toronto preparing plans for public realm enhancements following the Gardiner East realignment.

The long-term vision of ‘Waterfront ReConnect’ is to combine with those other visionary plans and have a new type of enhanced, people-first public space. This is the City of Toronto’s opportunity to turn the Gardiner into one of its greatest assets. 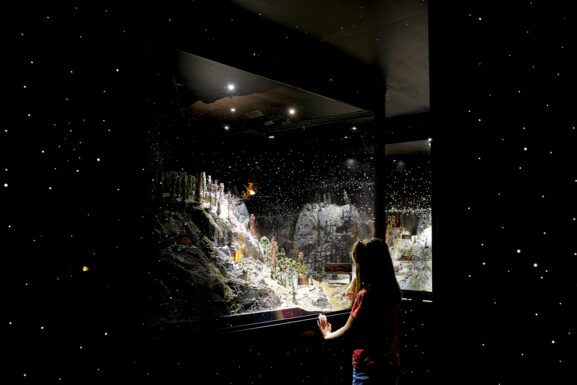 9 Things To Do At Toronto’s Waterfront This Winter 2023

9 things you must do this winter at the waterfront in 2023. From the best activities to the most delicious