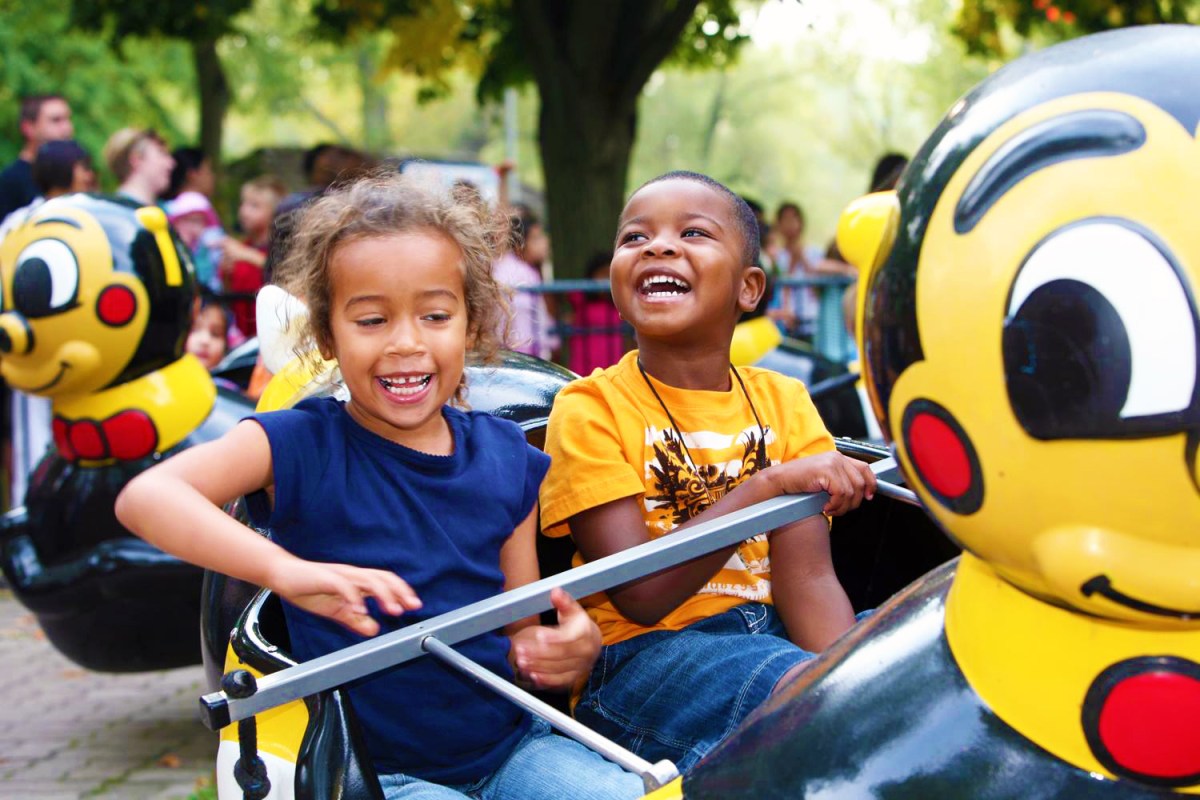 Visit Centreville this summer on the island on Toronto’s Waterfront!

The Centreville Amusement Park is a children’s amusement park located on Centre Island, part of the Toronto Islands, offshore of the city of Toronto in the Canadian province of Ontario. The park was built in 1967 with a 1900 turn-of-the-century theme, and includes a miniature railway. An 1870s cast iron planter to commemorate Queen Victoria’s birthday was originally located in front of St. Lawrence Market and is now featured in the centre of the park, Centreville is also home to a carousel built in 1907.

The park is operated by Etobicoke-based Beasley Amusements on land leased from the City of Toronto, and is open daily in summer. It is connected to downtown Toronto by one of the Toronto Island ferry services, which links a dock adjacent to the amusement park with another at the foot of Bay Street on Toronto’s Waterfront.

Originally established in 1959, Far Enough Farm is a longstanding Centre Island staple that is sure to please children and adults alike! This unique petting farm is located just minutes from Toronto’s bustling downtown core, and provides city-dwelling children and visitors the opportunity to get up close and personal with over 40 different species of farmyard animals and exotic birds.

Guests are welcome to stroll around the farm and visit with our animal friends, learn about the different species, pet the animals and meet the farmers. From Mini Pot Belly pigs to Alpacas, cows, sheep, goats, horses and more, everyone is sure to find a new friend at Far Enough Farm!

New animals arrive at Far Enough Farm throughout the spring and summer seasons. Visit the farm or check back on our website often to keep on top of new farm residents!